Heading is an under practiced skill as there are few ways to improve eye – head coordination or improved aerial timing.

Often coaches resort to having players pair off with one serving whilst the other heads. This activity makes half your staff redundant whilst also results in some poor service and balls needing to be retrieved. Heading games with goals or nets can be beneficial and fun but it is difficult to monitor progress and the dominant players get more practice. For some teams their sole heading practice is crossing and finishing and although valuable and necessary, for many it will result in few jumping headers and the ball speeds and ball weights may cause discomfort. 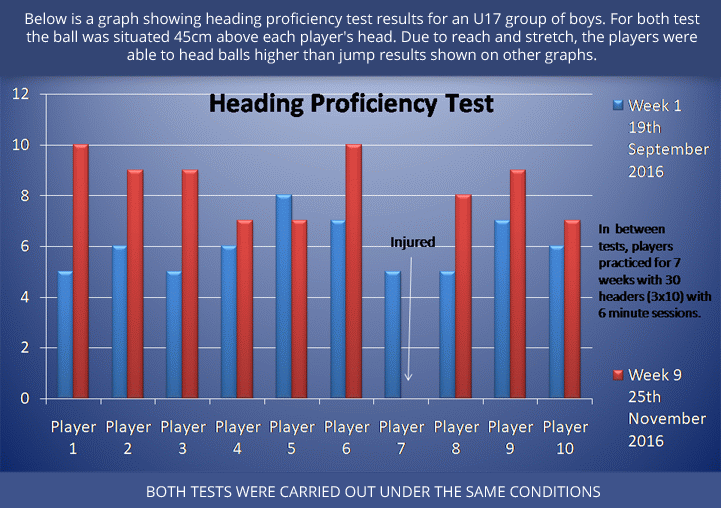 A standardised test used a ball suspended at 45cm above a player’s head and a player had to have ten headed attempts in one minute. Cones were situated 8 metres from the point below the ball to a point adjacent to the frame. The cones had to be reached in between each headed attempt. This served the purpose of increasing a player’s heart rate to 75% max and resulted in the ball not having enough time to settle.

Between test one and test two the players had 8 weeks of heading practice using the heading frame. Each player practiced for 6 minutes a week recording no more than 30 headers (this has been recommended by the ‘Get aHead safely’ campaign in the USA).

Ten players all improved their timing with the least increase being 10% and the most being 40%. 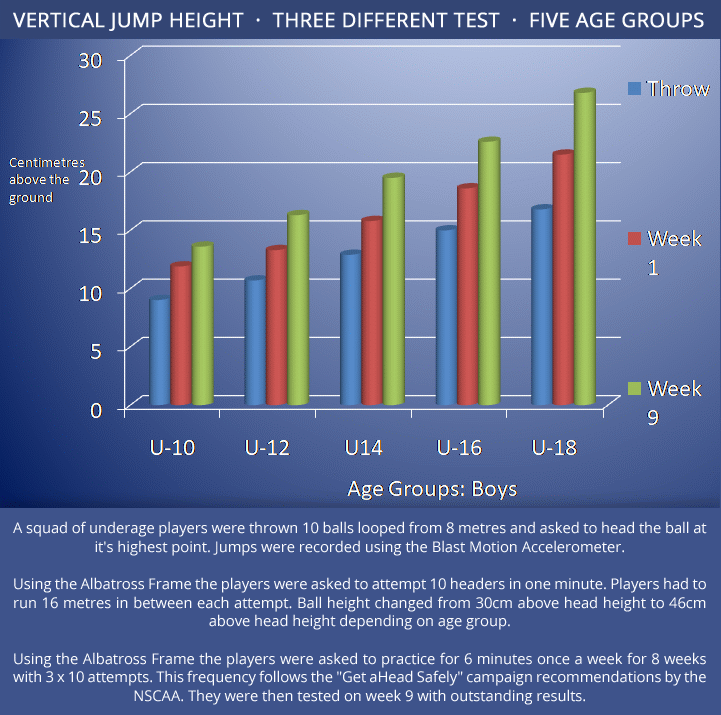 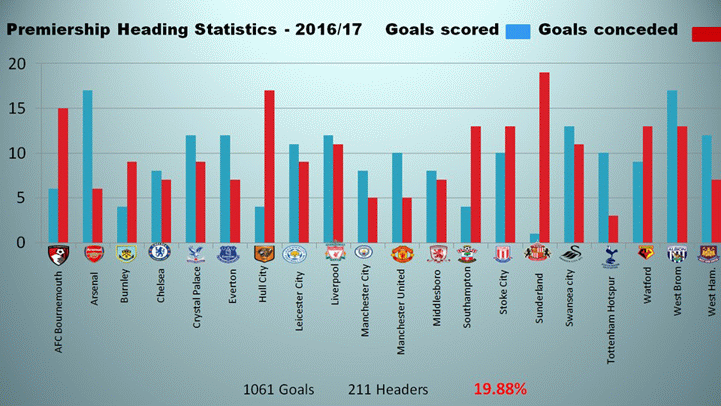 Using data from opta stats it was apparent that on average 20% of all goals in adult football are scored with the head. The percentages lower with younger age groups, reinforcing the importance of this practice throughout the player’s physical development.

Also up to 40% of all goals are scored or assisted with a header. Again most of these headers are conducted during challenges while a player is ‘in the air’, off the ground.

The premier League heading statistics in the graph above only show two data points, headed goals scored and conceded. There are countless match day headers that give possession away and lead to goal.